Intermittent fasting is one of my favorite topics. It is a practice that I do frequently, and from which more and more research emerges that I like to know to be updated, and be able to help my readers make the best decision.

The topic of healthy lifestyles has taken on VITAL importance, since according to the World Health Organization (WHO) 75% of the population lives in countries where obesity and overweight produce more deaths than those associated with low weight. Incredible! Especially if we consider the negative effects associated with obesity.

Generally, in weight issues it is proposed to reduce energy consumption (from carbohydrates) and / or increase energy expenditure through exercise. However, the equation is more complex !, so it is important to know the influence of the time and frequency of consumption of our food, and how it can help us intermittent fasting . 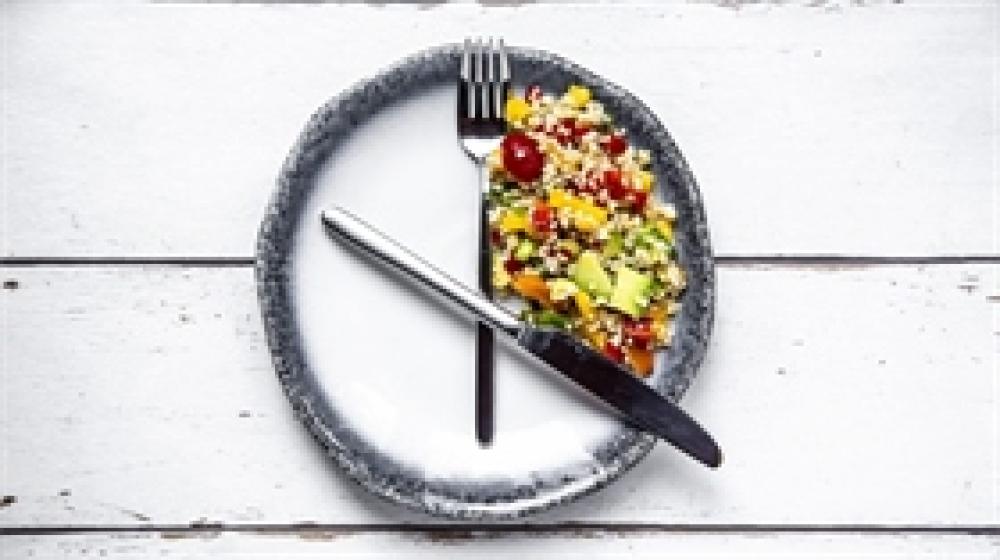 But… what does the story say?

The frequency with which we eat has varied throughout history. For example, the Romans considered that eating more than once a day was unhealthy, in fact they only had one important (or main) meal that they ate around 4 pm, of the rest they ate 2 fast and small meals – what we know today as a snack-, one in the morning and one at noon.

Then came the influence of the rules of the monasteries, where breakfast began to be implemented; a habit that was gaining strength during the Industrial Revolution where people ate before going to work. And once artificial light became popular, eating before dawn and after dusk became easier.

Currently, many specialists and the media recommend eating even 5 to 6 times a day, but there are already studies that show the benefits of intermittent fasting in our life.

What is Intermittent Fasting?

It is a short-term fast, which does not cause ketosis (which is the production of energy from fatty acids ) in our body, and that is done by alternating regular periods of fasting with regular periods of feeding . More than a diet, it is considered an eating practice or pattern.

You can do intermittent fasting in different ways; as I told you, it will depend on which one you feel better with: ​​

What is the difference between fasting and a low calorie diet?

A diet that is low in calories is known as hypocaloric. The person eats less than what they need (in terms of energy) in order to “force” the body to use the surpluses stored (those extra pounds that many want to disappear!). However, after a while the body adjusts to this pattern and consequently begins to use less energy. For the more technical , this is known as “adaptive thermogenesis”.

That does not happen with fasting – another advantage! – since, although you reduce energy consumption, you do this for specific periods, which avoids giving the body time to adapt.

Does the weather… clears things up?

Meal frequency and times have been a controversial topic for years. This is because the results of the studies have been so contradictory, that they have darkened the picture, rather than clarified it!

Let’s see, then, the variables to consider when having a balanced diet , and what the different studies have said.

The eternal doubt! Before, the investigations installed the chip in us that: “eating more times a day is associated with a lower risk of disease.” However, recent studies show that eating 6 or more times / day increases the risk of getting sick, unlike if you have a frequency of consumption of 1 to 2 meals / day .

It was found that when breakfast is eaten, more energy is consumed at the beginning of the day and the frequency of meals is decreased to 2 or 3 a day, with periods of regular fasts . Finding that all this produces certain benefits in our body:

And when the sun goes down …

It has been found that the best time to do intermittent fasting is at night . Experts suggest that it is due to an improvement in the circadian clock, which improves metabolism regulators and their influence on satiety hormones.

The other side of the coin: eat more times a day.

On the other hand, other studies have shown that a higher frequency of consumption benefits conditions such as diabetes, gastritis and cholesterol problems [2]; However, it has been concluded that, beyond the number of meals in the day, it is the way in which these meals are made that really affects .

To understand it better, the objective of this technique is to distribute the energy and nutrients that we consume in 3 meals, in 6. The error occurs when the same 3 meals are continued WITHOUT modifying them, 2 more intakes are added in the day and, PLUS, they are based on processed foods rich in sugars. TOTAL ERROR! Well, all this causes the opposite effect, producing metabolic problems and increasing stimuli such as hunger.

Now do you see it? In the end, this technique is based on distributing your nutritional requirement throughout the day, in small doses, using healthy foods, rich in fiber and nutrients, and without added sugars.

Several studies establish that eating breakfast regularly reduces the risk of coronary heart disease. However, as I always recommend, the ideal is that you FEEL COMFORTABLE with the habits you decide to adopt, and that these are based on balanced meals, free of sugars and processed foods.

If we add to this that it has been found that the benefits of reducing the frequency of our meals are greater if we skip dinners instead of breakfast, we could better organize our meals.

Although much remains to be clarified, it is proposed that eating at night alters the mechanisms of satiety through a mismatch of hormones (such as leptin and ghrelin); and modifying the expenditure of energy at rest and the thermogenesis of food, which decrease during the day.

The trick is in the balance.

In the end, it’s a matter of trying to have a regular and balanced eating pattern (avoiding simple sugars and processed foods), in which the frequency and time of day in which they are carried out are considered. This will help reduce weight gain.

Another aspect to consider is that although the benefits of fasting on our health have been proven, the ideal is that you feel comfortable when adopting this practice, since it is not yet a habitual eating pattern .

Be patient with yourself! The important thing is to do the routine with which you feel most comfortable and the one that suits your body -and your mind- best.