edible algae has been a trend for some time, but for many they remain a mystery: “why are they so fashionable? ”,“ how do I get them? ”, and“ how can I use them in my meals? ”. S on some of the things that many of my friends ask me that make them doubt this food and prevent them from including them in their daily lives.

Many people only eat seaweed when they go out to restaurants that take advantage of the exotic nature of these foods. However, the growing interest in novel and healthy foods has opened a gateway for these products to our culture. Learn why these foods are increasingly fashionable, their different presentations, and how you can start including them in your diet –beyond sushi -. 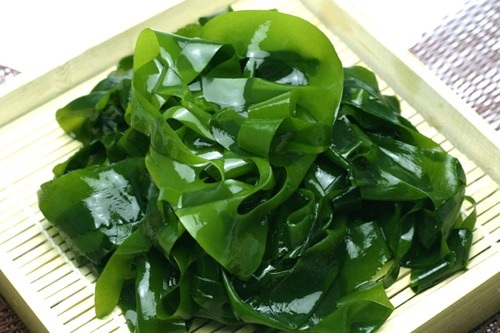 Although I confess that I love using this type of food in meals to break the monotony and vary the flavors, textures and colors , their benefits go beyond its culinary qualities.

Although there are different types of ‘sea vegetables’, these have common nutritional characteristics :

Low energy content, so they can be included in the food group of vegetables.

Interesting contribution of fats such as omega-3, which is associated with the prevention of cardiovascular diseases, although its fat content is generally reduced.

They provide essential amino acids, that is, amino acids that we cannot synthesize in our body, and which are organic compounds that shape proteins.

Source of antioxidants, vitamins and minerals . Vitamins B1, B2, A and C stand out, and their mineral composition is related to sea water, highlighting sodium, iodine, chlorine, potassium, phosphorus, magnesium, iron, among others .

Additionally, edible algae have the property of absorbing toxins on their surface, hence their ‘fame’ as detoxifiers, being recommended in fact its consumption in cases of possible accumulation of metals, as occurs with smokers.

These are some of the most popular algae:

Wakame: they are the richest algae in protein, fiber and minerals such as iodine and calcium.

Spirulina or spirulina: they provide a good supply of proteins, including essential amino acids with good bioavailability, the main fat they provide is Omega-3, and contains vitamins and good amounts of antioxidants.

Chlorella: It is considered a detoxifying and cleansing algae, as it helps to eliminate toxins that accumulate in the body.

Kombu: rich in protein, iron, fiber, and minerals such as iodine; although due to its content of the latter, it is recommended not to abuse its consumption.

Nori: contains a large amount of vitamins and minerals (especially iodine), as well as fiber.

Formats in which you get them and their uses

You’ve probably eaten more seaweed than you remember or know. Many common consumer products such as “light” products, custards, custards and sausages contain substances called hydrocolloids that come from algae, and are basically used to give the product other properties: gelling, thickeners and emulsifiers.

However, the growing popularity of edible algae means that we can find them more easily in our environment in the following formats:

Nori: is the most consumed and surely you know it since its main use is to wrap the famous sushi. It has a delicate sweet taste, and you can get it in packets of thin dark green leaves, or in seaweed salad. You can use it chopped in salads, and for stews and soups.

Spirulina: is usually found as a dietary supplement or as a powder, so it is widely used in the preparation of smoothies, soups, or sauces, although you can also use it in other preparations such as guacamole. It has a strong flavor so it is recommended to use a small amount.

Agar-agar : is used as a thickener or gelling agent, so it is widely used in baking or to make sauces. It is increasingly used by vegans and vegetarians as it is a vegetable option, being very useful for making vegan cheeses. You can get it in powder, flake and strip formats.

Wakame: is sold whole, in pieces or dehydrated; It is important to cut it before hydrating it since it increases its size a lot. It is widely used in salads, broths, and quinoa or rice dishes; dare to use it to prepare more traditional recipes like a risotto or a paella and give a delicious twist to your menus.

Kombu: is available in dehydrated or strip format, and is often used to add to stews and soups.

Each seaweed has a different use according to its texture and flavor, similar to what happens with vegetables in our kitchen. However, as you get to know them better – and with a little imagination – you will be able to include them more often in your diet and take advantage of all their benefits. 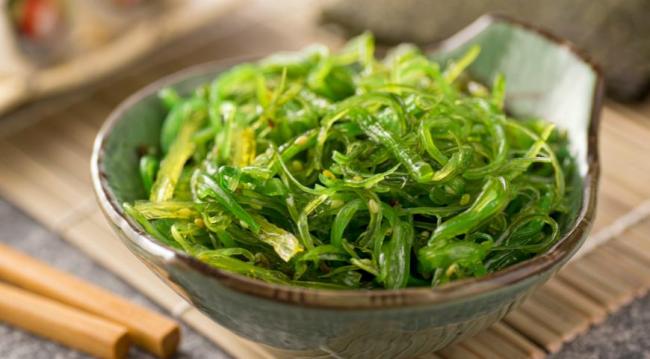 What to consider about edible algae

Some of these sea vegetables are already processed in supermarkets, so reading the packaging labeling is essential in order to avoid having hidden ingredients that can affect our health such as refined sugars.

Being a product of marine origin, and having the property of absorbing toxins, there is a risk of ingesting those metals that the algae may have previously absorbed in the water, so it is important to verify its area and origin of cultivation and prefer those of organic or bio cultivation . Don’t be scared, it’s about choosing a quality food; The same thing you do when you buy fish, fruits and / or vegetables, where you look for suppliers that comply with proper farming and cultivation practices in order to control their heavy metal and pesticide content.

Globalization has allowed us to get to know other cultures and even bring them into our homes through exotic ingredients such as edible algae. Beyond that, it has allowed us to bring good health foods to our kitchen, which help us improve our lifestyle. In addition to providing nutrients and bioactive ingredients, edible algae have culinary properties, making their inclusion in your diet one more step to expand the path that leads you to live well, longer and better.